The Twin Stars (Book 1 of the Coseema Saga)

"The Lucasfilm-esque milieu, blending magic with exobiology, astrophysics, and a painless layering of multiculturalism, is a tantalizing one. Portman adds a layer of emotion via Olive's struggle with obsessive-compulsive disorder and anxiety... [A] strong start to a space saga." -- Kirkus Reviews

"A well-crafted, thought-provoking, action-packed space adventure and coming-of-age story" -- Readers' Favorite (five-star review)
​
Sixteen-year-old Olive Joshi has obsessive-compulsive disorder, and can't stop worrying about hurting the people she loves. She finds refuge in writing about Coseema, a magical princess on a distant planet. Coseema is fearless, confident, and perfect -- everything Olive thinks she’ll never be. When she falls through a portal into her own unfinished story, Olive finds herself in a world in peril: double suns scorch the land, the brutal Prince Burnash seeks supreme power, and Coseema is nowhere to be found. Together with her friends -- a bold poet, a cursed musician, a renegade soldier, and an adventurous girl from the desert -- Olive will have to face her deepest fears to find the hero in herself.

The Twin Stars is published by Titan 1 Studios and available on Amazon, Kobo, and Barnes & Noble.

The Silver Sail (Book 2 of the Coseema Saga) 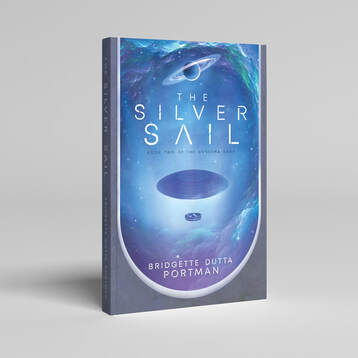 Olive Joshi never meant to fall through a portal into her own abandoned novel, much less kill her protagonist and resurrect her as a villain. Now she’s on the run in a universe quickly spiraling out of her control.

After narrowly escaping Coseema with her life, Olive and her friends head for a distant planet in search of the legendary starship the Wave-Rider, which may be the only hope for the doomed people of Lyria. But the voyage there is littered with obstacles—the tyrannical ruler of a dying colony, a mysterious spacefarer, the ever-present threat of Coseema, and Olive’s own obsessive fears. Back on Lyria, Olive’s allies face obstacles of their own as they vie with the cruel emperor Burnash, while Burnash himself chafes under Coseema’s control. Olive, armed with her omniscient journal, finds comfort in reading along with her friends’ adventures. But when time runs out, she must embark on a risky collision course with her former heroine, one that may require her to give up what she treasures most.

I Was a Teenage Martian - currently in progress 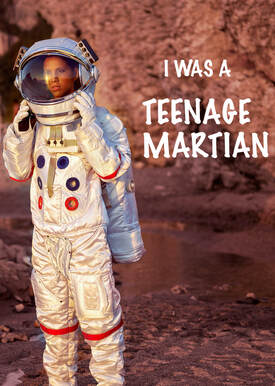 Sixteen-year-old Morrow Jones was born on Mars, and she wants nothing more than to leave it. It's cold, it's dry, it's lifeless, and it'll kill you if you step outside without a spacesuit. When settlers plan the first return mission to Earth in years, Row jumps at the opportunity. In order to get on board, though, she’ll have to overcome the opposition of her mother, the formidable Kasmira Jones, as well as her own debilitating anxieties.

This is a standalone young adult sci-fi/coming-of-age drama set on Mars, featuring a protagonist with Generalized Anxiety Disorder. This one is on the back burner right now as I work on the Coseema Saga, but I plan to finish it.